On Thursday, the nation’s first father did have his two young daughters don the protective headgear for a bicycle ride on Martha’s Vineyard, an island preserve for rich people just off the coast of Massachusetts.

But as commander-in-chief and national role model, ex-Sen. Obama declined to wear a helmet. His allegedly protective detail did not insist. And the ocean breezes no doubt felt wonderful flowing freely around his cool shades and over his naked head. He looked like a trillion bucks. 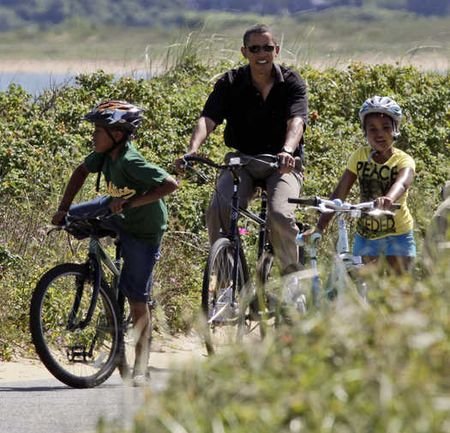